Kieran Beville – Proud Limerick-man and former teacher of English Literature – continues in this second article of a three part series on Irish writers, notably Limerick authors, showcasing their immense contribution to Ireland’s rich literary heritage. This week the focus is on our novelists.

Limerick people may rightly be proud of their past literary heritage as well as the living authors who were born in the majestic Shannon-side city and are writing wonderful works today. Many have won great acclaim at home as well as international renown. The reader may well feel his or her chest swell with pride as they peruse the list below:

Kevin Barry was born in Limerick in 1969. In recent years has become one of Ireland’s most popular and critically acclaimed authors. In 2007, Stinging Fly Press published his debut, There Are Little Kingdoms, a collection of short stories which won the Rooney Prize. A first novel, City of Bohane, followed in 2011, which was shortlisted for the Costa First Novel Award and the Irish Book Award, and won the Author’s Club First Novel Prize, the European Prize for Literature and the IMPAC Prize. In 2012, the collection of short stories, Dark Lies the Island, was published, from which “Beer Trip to Llandudno” won the Sunday Times EFG Short Story Prize, and “Fjord of Killary” was published in The New Yorker. His novel, Beatlebone (2015) won the Goldsmith’s Prize. He also edited the short story anthology, Town and Country (Faber & Faber, 2013). He lives in Sligo.

An interesting footnote for Limerick lovers of great music is that “The Flag Listeners” refers to a passage in Kevin Barry’s novel, City of Bohane.

Dan Binchy was born in County Limerick in 1940 and is a cousin of well-known Dublin novelist Maeve Binchy, who passed away in 2112. His novels are: The Neon Madonna (London, Century, 1991), The Last Resort (Century, 1992), Fireballs (London, Century, Random House, 1993), and Loopy: A Novel of Golf and Ireland (New York, Thomas Dunne Books, 2005). He has also published the non-fiction work Cover-up: The Disaster at Tuskar Rock (Tralee, Mount Eagle Publications, 2000). He lives in County Limerick.

Michael Curtin is best known for his novel, The Plastic Tomato Cutter (Zondervan, 1991), set in his native city. He used to visit the White House Bar where we shared a drink together on a few occasions – an unassuming man. He is also the author of the novels, The Self-Made Men (Penguin Books, 1980), The Replay (Sphere Books, 1981), The League Against Christmas (HarperCollins, 1989), The Cove Shivering Club (Zondervan, 1996) and Sing (Zondervan, 2001). The plots of his work tend toward the comic and range from the farcical to the dark and understated.

Gerald Griffin was born in Limerick in 1803 and was primarily a novelist but also wrote plays and poems. In 1827 came Holland – Tide Tales, a series of eight short stories, followed the same year by Tales of the Munster Festivals.  His next work, The Collegians (1829), based upon a murder which shocked Limerick in 1819 was adapted for the stage under the title Colleen Bawn. He also wrote the plays Aguire and Gissipus, the latter of which was produced in London in 1842 to great success. After the publications of Tales of the Jury Room, Rivals, Tracey’s Ambition and The Christian Physiologist, Griffin turned from literature to service of the Church, in 1838 joining the Congregation of Christian Brothers before dying of typhus fever in 1840. Today Griffin has streets named after him in both Limerick and Cork.

Maeve Kelly was born in Clare in 1930 but lives in Limerick. She is a novelist, short story writer and poet. Her publication credits include the novels, Necessary Treasons and Florrie’s Girls, the short story collections, A Life of Her Own and Orange Horses, and the poetry collections, Resolution, Lament for Oona, and A Last Loving: Collected Poems. She is also the author of a feminist fairy-tale, Alice in Thunderland, and has been a tireless campaigner for women’s rights since 1974, founding the Limerick Women’s Refuge, Adapt House, and initiating a major work of research in the area of violence against women, Breaking the Silence. She won a Hennessy Award in 1972 for the story, “A Life of Her Own.”

Contributing regularly to various magazines, she has also published two collections of her journalism, Under The Duvet (2001) and Further Under The Duvet (2005). Baking cakes became a means of dealing with her own depression and in 2012 she published Saved by Cake, which combines recipes with autobiography. Her collection of essays, Making It All Up As I Go Along was published in 2016. Sushi for Beginners and Angels were both Sunday Times No.1 bestsellers, and The Other Side of the Story was the second highest selling paperback novel of 2005. Anybody Out There? won the British Book Award for popular fiction and the Mellissa Nathan Prize for Comedy Romance. This Charming Man won the Irish Book Award for popular fiction. Over thirty million copies of her books have been sold to date and they are published in thirty-three languages. She is currently living in Dun Laoghaire.

Martine Madden was born in Limerick and worked in Dublin before moving to the United Arab Emirates with her husband. Her debut novel, Anyush, was published by Brandon Press and won her the Limerick Literary Festival’s Best New Irish Writer Award. She lives currently in Midlands Ireland.

McCourt was born New York in 1930 to Irish immigrant parents and raised in Limerick. A memoirist/novelist, he is author of Angela’s Ashes (1996), ‘Tis (1999), Teacher Man (2005), and Angela and the Baby Jesus (2007). His awards and accolades are many, receiving the Pulitzer Prize (1997) and National Book Critics Circle Award (1996), both for Angela’s Ashes, and the Award of Excellence from The International Centre in New York. Also, in 2002, he was awarded an honorary degree from the University of Western Ontario and the Action Against, Hunger Humanitarian Award. He died in New York in 2009.

Malachy McCourt was born in 1931 in Brooklyn, New York. He was raised in Limerick and returned to the USA in 1952. He is the younger brother of Frank McCourt, with whom he wrote the play, A Couple of Blaguards. Malachy is the author of two memoirs – A Monk Swimming (Hyperion Press), a New York Times bestseller, and Singing My Him Song (Harper Collins). Running Press have published four books – Danny Boy, a history of the great Irish ballad, The Claddagh Ring, Another History, Malachy McCourt’s, History of Ireland (2001) is an confident and engaging account of Irish history. He edited Voices of Ireland (2002), a collection of classic writings from Ireland. His work, Harold Be Thy Name is a light-hearted book for people in recovery, and Bush Lies in State, a collection of essays and performance pieces.

Kate O’Brien is one of Ireland’s most distinguished female novelists. Her writing career began with the play, Distinguished Villa (1926), after which she turned to the novel. Her first, Without My Cloak (1931), won both the Hawthornden and James Tait Black prizes. It was followed by The Ante-Room (1934), Mary Lavelle (1936) and The Land of Spices (1941), the latter two banned under Irish Free State censorship law. After them came Pray for the Wanderer (1938) and The Last of Summer (1943), both critical of the Irish Free State under de Valera. Her most successful novel, That Lady (1946), followed, which she adapted for Broadway to modest success in 1949. Flower of May and As Music and Splendour were lesser successes. She also wrote a biography of the saint Theresa of Avila as well as the travel books Farewell Spain (1937) and My Ireland (1962), documenting her experiences of place, the former causing her to be banned from Franco’s Spain. She died in 1974 in Canterbury.

Clairr (that is not a misspelling of Claire!) O’Connor was born and grew up in Croom and now lives in Dublin. She is a poet, playwright, short fiction writer and novelist. Her first novel, Belonging (Marino, 1991) was nominated for an Irish Times/Aer Lingus Award. Her second, Love in Another Room (Attic Press, 1995), was shortlisted for the Listowel Book of the Year Award. She is the writer of two stage plays, Bodies and House of Correction. Her radio plays have been broadcast on BBC Radio 4 and on RTE Radio 1 and her short stories have appeared in numerous journals and anthologies.

The astute reader will have noticed that Maeve Kelly, Frank McCourt and Malachy McCourt were not actually born in Limerick. Some might quibble that they are not, therefore, “Limerick” writers. I, however, have no hesitation including them as part of our adopted family.

Now that we have brought the Liam MacCarthy Cup back to Limerick we can set our sights on one of our local writers winning the coveted Man Booker Prize. My money is on Kevin Barry!

…To be concluded next week with, Limerick Literary Legends – Poets. 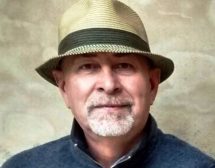 Kieran Beville is a former teacher of English (literature and language) and History. He is author of the novel, Bohemian Fire (pen-name Austen K. Blake, Bohemian Books, 2017). He recently published Write Now: A Practical Guide to Becvoming a Writer. In addition he has published fourt een non-fiction books and he recently completed a book of poetry – Songs of Sorrow. He has had a substantial number of articles published in various newspapers, journals and magazines in the UK, USA, Ireland and India.  He was a tutor in the Irish History Department in UCC for a couple of years in the 1980s. More recently Kieran served for several years as Professor in the Intercultural Studies Department of Tyndale Theological Seminary, Amsterdam, where he taught Master classes. He has lectured on Leadership Training Programmes in Eastern Europe (Serbia, Hungary, Romania, and Moldova) and Hermeneutics courses in the Middle-East (Amman, Jordan) and India (Kolkata and Assam). He has also spoken at conferences in Ireland, the UK and India (New Delhi and Nagaland). Furthermore, he has co-ordinated youth-work programmes and managed educational programmes for the disadvantaged in Cork and worked in Community Development. Separated with three adult children, Kieran currently lives alone in West Cork but has plans to relocate to Limerick city, his native place, in the near future. He plays guitar and paints, using various mediums – oils, acrylics.