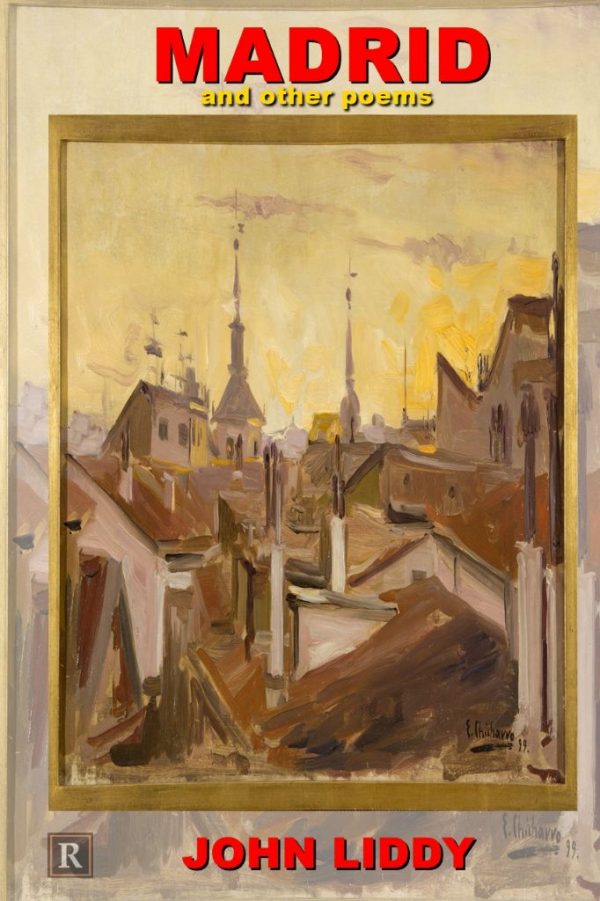 Madrid and other poems

The title of this new collection of poetry by John Liddy is â€œMadridâ€. It will be his eleventh book and familiar territory of people, places, Ireland, Spain are treated in a far more personal and direct way by the poet. The poems belong to the Irish and European poetic traditions, which Liddy has shown to espouse in previous work that have also appeared in Spanish. New poems such as â€˜Aleppo Lapsusâ€™ (on the savagery of war), Wave Watching (on the tragedy of the boat people) and the long, exploratory poem Madrid (on the fragility of people in the changing landscape of the poetâ€™s adopted city), belong to a broader canvas of themes. The book is a tribute to Madrid from where Ireland is observed and the perseverance of the human spirit in a volatile world is examined.

From the early poem â€˜Madrid Through The Eyes of a Strangerâ€™, first published in the bilingual collection Wine and Hope/Vino y Esperanza (1999), to the epic title poemâ€™ Madridâ€™ in this present collection, John Liddy returns to his adopted home, no longer a stranger but seasoned in its idiosyncrasies. It is as though he has come full circle. But he moves further afield to take in Galicia, Asturias, Atapuerca and the Ireland he has never stopped writing about.

Madrid and Other Poems takes the reader beyond place and country into the heart of modern living with its political and social upheavals. The tribute poem to poets past and present and the questioning, religious-social poem are also to be found in this, his eleventh collection.

The book is Liddyâ€™s unrelentless search for whatever truths may be found in the writing of poems. He is concerned with what the eye observes and how thoughts reveal or unfold. He is very attuned to what the American poet Stanley Kunitz wrote in Reflections to his Collected Poems: I like to think that it is the poetâ€™s love of particulars, the things of this world, that leads him to universals. Those, according to Liddy, are the identifiable traits in this book.