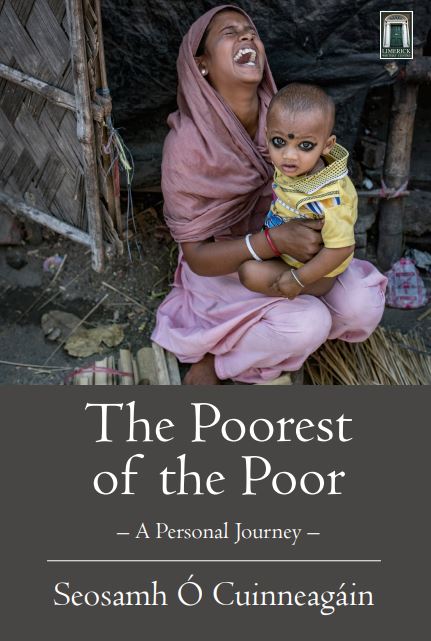 The Poorest Of The Poor

Dr Seosamh Ó Cuinneagáin originally from Co Kilkennynow residing in Limerick, returns annually to Kolkata in India to teach English to the street children and also to attend to the dying destitute in Mother Teresa’s hospice where he experiences horrible sights of suffering and death at first hand. He presents a vivid picture of daily life in the slums of Kolkata. He also documents the lives and work of his two role models, Blessed Edmund Rice and St. Teresa of Kolkata and how they had such an influence on him to the extent that he wanted to help the poor in the developing world.