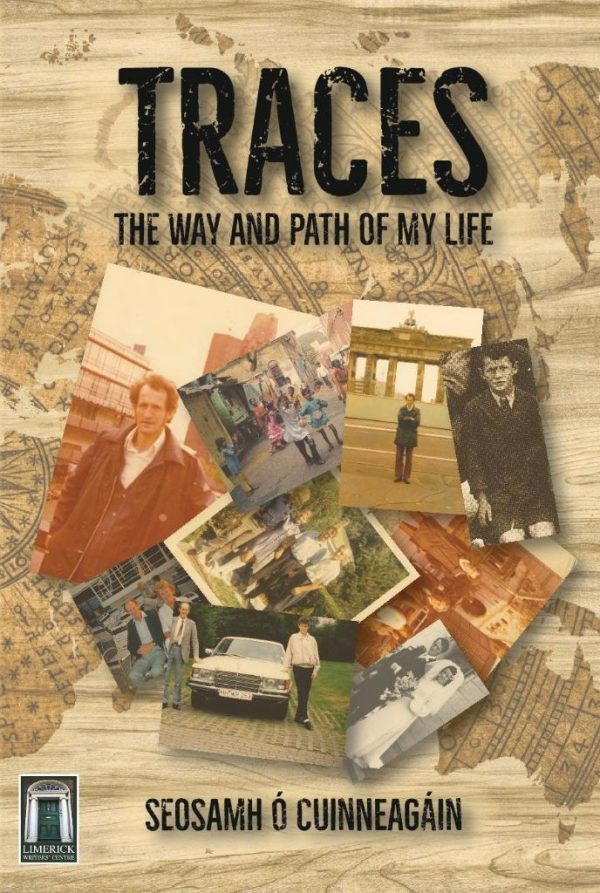 Traces – The Way and Path of My Life

This is a revised and expanded English-language translation of my original autobiography in Irish, BÃ­onn SiÃºlach ScÃ©alach, published by CoiscÃ©im 2016.

In this vivid account of his life, author Dr. Seosamh Ã“ CuinneagÃ¡in, documents the hardships both he and his family endured during his formative years from the time he was growing up on a small farm in the parish of Lisdowney in County Kilkenny. In an Ireland that was recovering from both the Economic War and World War II, he nor his siblings had the opportunity of receiving a second-level education, not to mention going to university. The eldest of a family of five, he left school at the age of fourteen years to work for a local farmer. He later became a bulldozer driver with a local building contractor.Â  He returned to formal education at twenty-two years of age eventually going to university and where he did the following degrees: B.A., H.Dip.Ed., ADAES, M.Ed. and a Ph.D. in applied linguistics. He taught in Ardscoil RÃ­s in Limerick and later in Mary Immaculate College (MIC)/University of Limerick.

He also worked and studied in Germany as part of his research for the Ph.D. at the height of the Cold War where he experienced the military tensions between the two superpowers.

He is the author of a number of books and he has also published papers in both Irish and in English on applied linguistics.