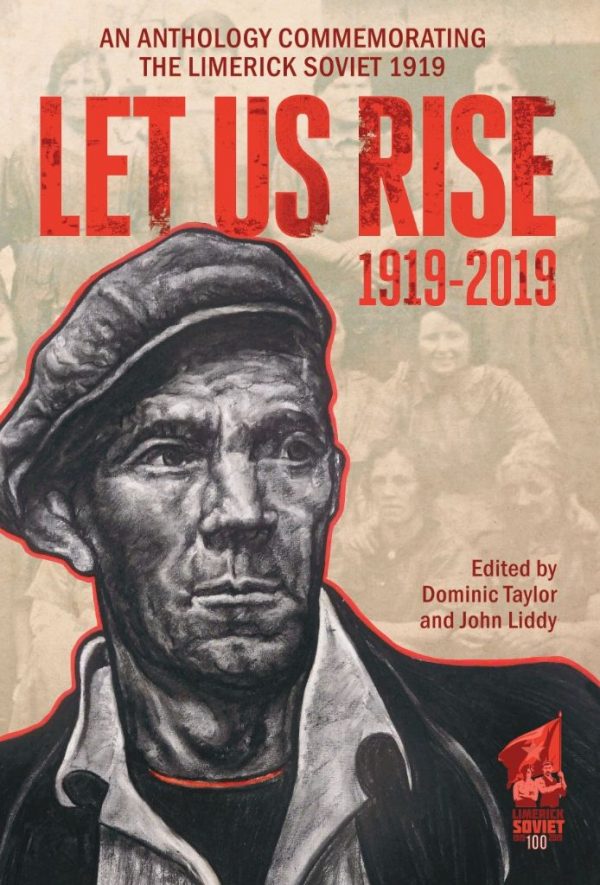 Available as an eBook here: https://www.smashwords.com/books/view/933547

For two weeks in April 1919 the people of Limerick, from all classes and ideologies, stood together against a military power and ran the affairs of their own city, even printing their own money. This momentous undertaking is known as The Limerick Soviet – a collective of lay-councillors who organized the population and received its backing and support.

This anthology commemorates that event; it is part historical and part reflection in which we have endeavoured to create an artifact for current and future generations to understand those events that 100 years ago gave rise, however fleeting,  to  ‘a worker consciousness’ in Limerick.

At the heart of the book is a message that still rings true and clear through that 100 year period of time: that through the collective power of the ordinary working man things can change and be different, even today!

Be the first to review “Let Us Rise” Cancel reply