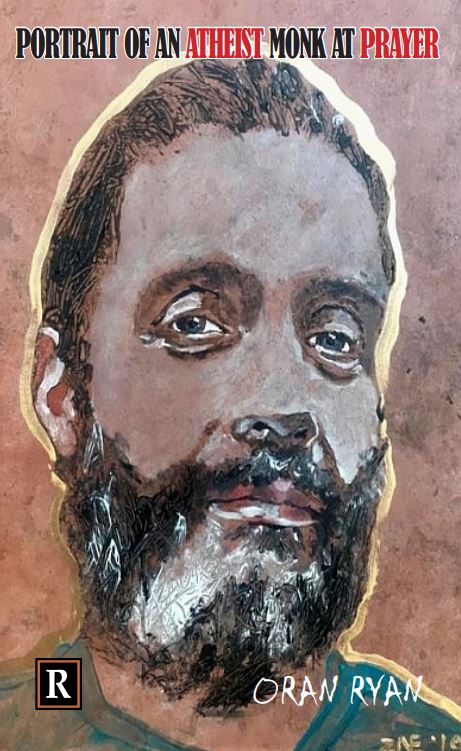 Portrait of an Atheist Monk at Prayer

“From its gloriously witty title on, Portrait of an Atheist Monk At Prayer
is a collection of poems which makes no compromises with the world as
it is usually presented to us. These poems, many of them underwritten by
tragedy, force the reader to look again at things we thought we knew, as if
for the first time. In poems of sometimes cosmic irony, comedy and tragedy
dance together in a way that is often sublime.”
– Kevin Higgins

‘Oran Ryan is a writer from Dublin, Ireland. He has written novels: The Death of Finn (Seven Towers, 2006), Ten Short Novels by Arthur Kruger (Seven Towers 2007), and One Inch Punch (Seven Towers, 2012). He has written plays:  Don Quixote has Been Promoted (2009, Ranelagh Arts Festival) for the Stage and radio: Preliminary Design for a Universe Circling Spacecraft (KRPN, San Francisco, California 2010), also poetry, Portrait of an Atheist monk at Prayer (2019 Revival Press). He has written and published short stories, poetry, and contributed articles from time to time to publications. A critical book on his work is due for publication in 2022.’