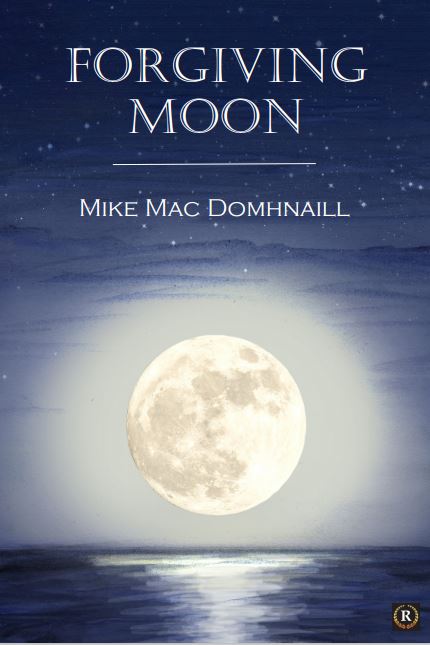 A beautifully crafted collection of poems from a writer who evokes West Limerick’s haunted allure. Forgiving Moon is distinguished by Mac Domhnaill’s searing empathy and is filled with moments of intimacy between poet and place.
– James Lawler

Mike Mac Domhnaill won RTÉ’s Francis MacManus Short Story Award in 2013. Hisbook of short stories Sifting, Uncle Nedand Other Stories (Liberties Press 2015)was highly acclaimed by writers such asDonal Ryan and Joseph O’Connor (‘Thisis beautiful work’).
He has two books of poetry: Mac Baintrí/Widow’s Son (2009) and Macalla Maidu(Coiscéim 2013). He spent his early years in Clouncagh before the family moved to Newcastle West where he now resides. He has had numerous stories and poems published in Nua-Aois, An Cloigeann is a Luach(anthology), e Stony ursday Book, Microphone On, Dal gCais, LÁ, Weekly Observer, Limerick Leader, Feasta, Comhar and I Live in Michael Hartnett(anthology).

Be the first to review “Forgiving Moon” Cancel reply